Enter Your Zip Code To
Locate Your Region.

Beyond the Numbers: The Hidden Poor 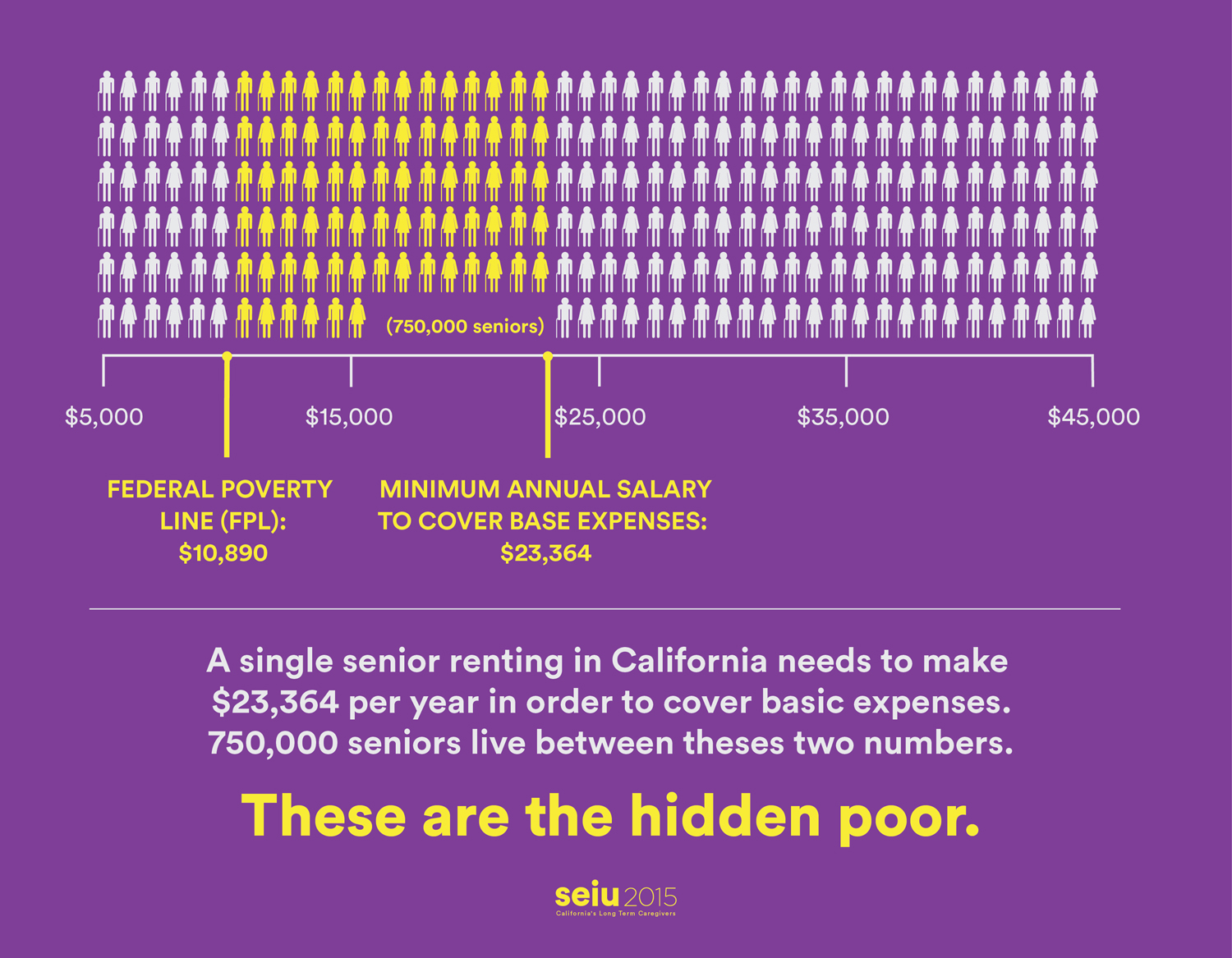 It’s our obligation to make sure that seniors are able to live with dignity, and that starts with being honest about how much dignity costs. Critical financial support and high-quality health care are often denied to California’s poor because they aren’t considered poor enough in a state with one of the highest costs of living.

According to the UCLA Center for Health Policy Research, basing our understanding of senior poverty on the Federal Poverty Line (FPL) of a $10,890 annual income for an adult living alone obscures the many Californians over the age of 65 who are struggling to survive. A more accurate measure, the Elder Index, states that a single senior renting in California needs to make $23,364 per year in order to cover basic expenses. 750,000 seniors live between theses two numbers. They are California’s hidden poor, and they are disproportionately women, people of color, and grandparents raising grandchildren.

Numbers can help us make sense of the world. But numbers often can’t tell us the entire story, particularly about complicated issues. We need to look beyond the Federal Poverty Line in order to understand the scope of the complex problems facing California senior citizens. Let’s bring the hidden poor, our relatives and friends, into focus by demanding changes to how we measure poverty in the richest country on Earth.